Bruxelles – Film Premiere – “Up to the last drop”

Home/Bruxelles – Film Premiere – “Up to the last drop”

Bruxelles – Film Premiere – “Up to the last drop” 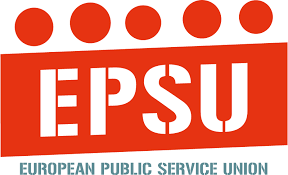 “Up to the last drop” 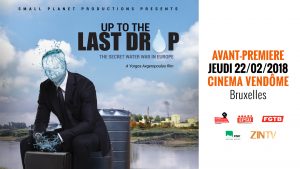 Why is the EU inciting Southern European countries to privatize their distribution services and to recycle their water? An Investigation at the heart of a secret war that our future depends on.

Join us, on the 22nd of February at the Cinema Vendome in Brussels for a projection (in French) of the documentary “Up to the Last Drop” followed by a debate with the director Yorgos Avgeropoulos and Guillaume Durivaux from the European Public Service Union (EPSU )

In Europe, capitals like Paris and Berlin have recently taken back public control of their water. At the same time, the European commission through Troika demands that crisis struck southern European countries privatize their water services. Why are the Brussels elites pushing these countries to privatize their distribution services and to recycle their water? Between austerity politics and lobbying by the European Union, the European water circuits seem to be in agreeance with those from the capital. However, the public are currently confronted with a crucial question, one which the European institutions have not yet given a clear response to: is water a commercial product? Or is it a common good?

Through an in depth study conducted across six countries, this documentary shows how much water reflects on the debate currently going on over the values of Europe. It provides precious clues on the state of democracy in the EU. Between corporate and public interests, EU politics, austerity and debt-ridden countries, Up to the Last drop unveils the secret water war in Europe lead by large companies whose stakes involve our survival.

Were are counting on you.