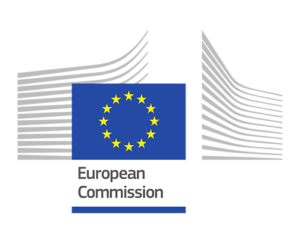 The Commission initiates Community policy and represents the general interest of the European Union.

The administrative structure of the Commission reflects the scope of its responsibilities within the European Union.

The Union has 20 official languages, and about one fifth of the Commission staff work in the translation and interpreting services. Citizens of the Union must have access to the texts adopted at EU level in their own language.

It has been decided to locate the headquarters of the Commission in Brussels. Its 37 Directorates General, along with other bodies, operate essentially in Brussels, “capital” of Europe, and so often referred to in the media as the place where Union decisions are made. The “departments” of the Commission, some of which have become veritable mini-ministries, inhabit more than 70 buildings not only in Brussels but also in Luxemburg. EU research institutes make up the Joint Research Centre and they, like the some 25 Commission liaison offices, are to be found in the member states, while the EU also boasts almost 130 delegations worldwide.

Union Syndicale Brussels is an organisation well-versed in meeting the needs of multilingualism and multiculturalism unique to our environment. We have representatives in all the Community institutions, and our “delegations” in each of them deal with issues of concern to, and defence of the interests of staff in, their institution.

The Commission delegation has had to adapt, over the last 25 years, to the increasing complexity of its structures and methods, exacerbated by constant change, successive enlargements and more and more tasks entrusted to the institution. The Commission’s role in making policy, particularly the part it plays by virtue of its right of initiative in defining the Staff Regulations which apply to staff of all the institutions, make the Commission delegation of Union Syndicale crucial to negotiations on the future of the European Public Service.

*You are requested to complete your self-assesment in Sysper … Tis exercice is fundamental … Do not overbook it! – Appraisal 2018

*You are requested to complete your self-assesment in Sysper … Tis exercice is fundamental … Do not overbook it! – Appraisal 2019

*You are requested to complete your self-assesment in Sysper … Tis exercice is fundamental … Do not overbook it! – Appraisal 2019 – CS 3a and 3b

*Even in times of health crisis, Union Syndicale is listening to you – March 2020

*Moratorium on the establishment of “open space” – April 2020

*Commission Staff at the frontline of an EU that is alive, beautiful and caring – April 2020

*Just this once won’t hurt, hats off to DG HR an PMO !

*Are you considering early retirement for fear of the coronavirus? – May 2020

*Contract Agents: the proposals for reclassification are in SYSPER – June 2020

*During the holidays, remember that you have a 24-hour accident insurance cover – July 2020

UK Tax & Wills: “Where in the World….? A quick updated tour exploring the tax planning consequences of retiring in Belgium, the UK or beyond (including France, Spain, Italy and Portugal). This midday seminar

A new school for the students of European Schools !

Union Syndicale is pleased to inform you that the Belgian federal authorities have approved the building of a new temporary school for 1,500 pupils on the NATO site : the Secretary General of the European

The Union Syndicale had a meeting with Commissioner Johannes Hahn on 22 January to make an initial contact. He recalled the importance of contributing, exchanging and reaching a compromise when it comes to social dialogue.

Method 2019: the historical struggle of US

The Method, the historical struggle of Union Syndicale, is today still bearing its fruits. Salary update: + 2.0 % Reduction in pension contribution: – 0.3 % Combined net effect: + 2.2 % on average Since 2015, salary and pensions updates have

The walk Darkness into light will take place in Brussels Parc Cinquantenaire on 12th May at 4.15am.  The Brussels DIL Committee hope you will walk with us to raise awareness for mental health and suicide.

News from the delegations

Here are some news from the delegations through Compass - The Voice of the EU Delegations - January 2017   Dear colleagues in Delegations, Let me share with you all, what the Local Staff Committee